In another thread there is a lot of discussion about the history of the Soviet Type-59 fly-back chronograph. It is a fascinating story and I thought Forum readers might be interested to read the story from start to finish in one goes.

In 1941, Glashütte-based Tutima began producing a beautiful high-precision fly-back chronograph for the German air force (see watch No. 0438 on my website). The Soviet military took note of this watch -- as did countless Soviet soldiers who clamored to steal them from any German pilots unfortunate enough to get shot down behind Soviet lines.

At the end of the war, the factory ended up in the Soviet zone – AKA East Germany. Within days of the occupation, all still-existing stocks of timepieces at Glashuette, together with the production lines, inventoried parts and testing equipment, were seized as war reparations and shipped to Moscow.

Starting in 1947 the First Moscow Watch Factory produced Tutima-Urofa chronographs using original parts taken from Glashutte, but with a FMWF-signed dial and a Russian made case. The caliber designation was Type-59. (See watch No. 0303, 0437 and 0455 on my website)

By 1949 the captured German machines were operational and a small number of Type-59 Tutima-Urofa chronographs were being produced with parts made entirely in Moscow (See watch No. 0199 and 0825 on my website).

Shortly after, towards the end of 1951, manufacture of this movement was halted. A few years later, at the end of the 1950s, the 1st Moscow Watch Factory began producing the 3017 ‘Strela’ movement. The rest, as they say, is history 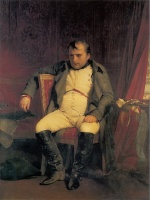